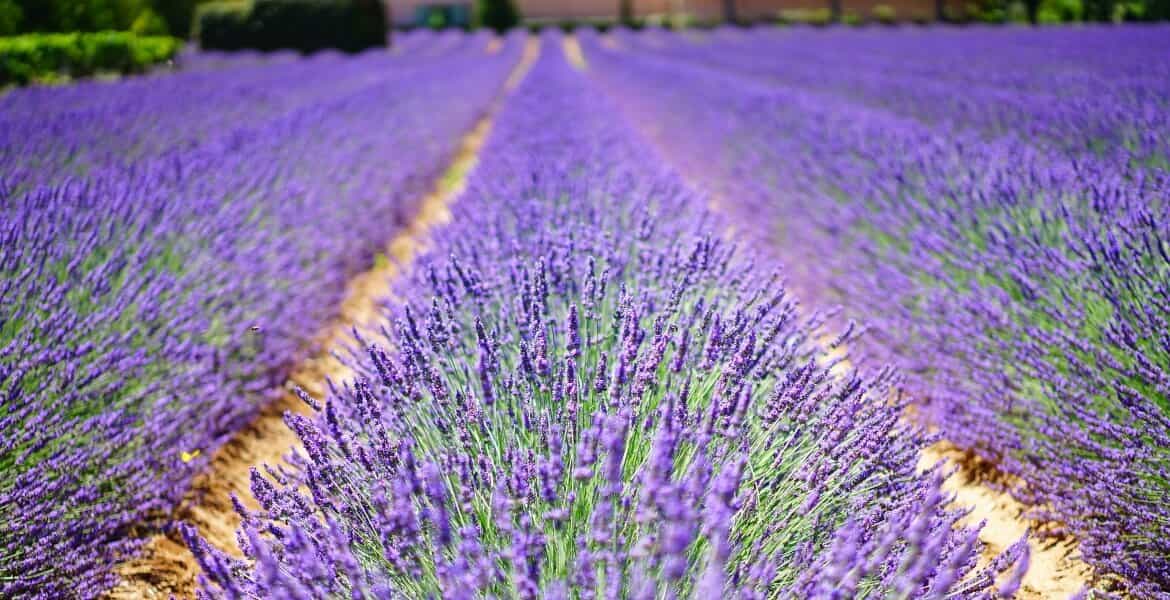 Lavender is one of the most popular essential oils and you may think you know all about it. But there are many facts about Lavender Essential Oil that you may not know.

Lavender Essential Oil is loved and used by people the world over. But people know little of the many facts about lavender essential oil other than it is relaxing.

Lavender has multiple uses. So many that I have often referred to it as a First Aid Kit in a bottle! It is one of the first essential oils that I suggest anyone include when starting an essential oil collection.

Here are some fun and interesting facts about Lavender Essential Oil:

The name “Lavender” comes from the Latin word “lavare.” This means “to wash”, as the herb was often added to water to scent it for washing.

There is more than one type of “Lavender”. The main one is Lavandula angustifolia but there are other species also called “Lavender”.

The plant from which Lavender essential oil is derived, sometimes called True Lavender, is Lavandula angustifolia. This is known to gardeners as “English Lavender”. Although the plant is native to the area around the Mediterranean, the essential oil is most commonly produced in France and other European countries. (Although not exclusively as lavender is now grown around the world). The plant known as “French Lavender” to gardeners (Lavandula dentata spp.), is not commonly used to make essential oil.

Lavender is commonly known as for its relaxing effects. However used to excess it can sometimes have the opposite effect. I have received first hand reports of the effects of feeling unsettled or jittery from some who (mistakenly) used lavender to excess.

Lavender was given a bad name due to a paper published in the New England Journal of Medicine in 2007. In this paper it was alleged to be the cause of gynocomastia (breast development) in young boys. However the paper has since been discredited and the results have not been able to be reproduced. The mud has stuck though unfortunately. So the myth still circulates in some areas.

Lavender essential oil is produced from the “flowering tops” a term used to reflect the fact that some stem etc can be included in the distillation. Not surprising when you consider how the heads od Lavender are made up of clusters of small flowers.

Where Lavender is grown and distilled can affect the chemical composition of the essential oil. Essential oils produced from plants grown at higher altitudes tend to be higher in esters which make them better for skin-related uses. If you get the opportunity to smell different Lavender essential oils from different countries or regions, you will note there can be some marked differences in aroma.

Lavender is a herb of the Lamiaceae family (also known as the Labiatiare family). Therefore it is related to other herbs such as Peppermint and Spearmint.

In the Victorian language of flowers, Lavender is said to mean mistrust.

Lavender is used to denote a blue-purple colour. Although cultivated lavenders can come in a range of colours from white, to pink, blue, purple or even green!

How many of these facts about Lavender Essential Oil did you know?

CLICK HERE to explore our range of Lavender Essential Oils

Ways to use Essential Oils at Christmas

Why Botanical Names for Essential Oils are Important

How to – Use Essential Oils in the Bath

Use the code CYBER10